CLEVELAND, Ohio — Bars in downtown Cleveland are always packed during Browns games. Even when the team went through its 1-31 stretch, fans were there.

Still, something changed the night the beer fridges opened.

That was the Thursday night the Browns won against the Jets, three games into the 2018 season. It was their first win since Dec. 24, 2016. Bud Light stumbled upon one of sports’ great marketing gimmicks, placing beer fridges full of their product in bars in Cleveland and handing them out to local celebrities to tweet out photos. There was even one in the press box at FirstEnergy Stadium. The fridges wouldn’t unlock until the Browns won.

They finally opened on Sept. 20.

“It was organized chaos,” she said. “The fans were awesome. There’s so much social-media exposure due to that, the fact that they won, definitely a lot of excitement.” 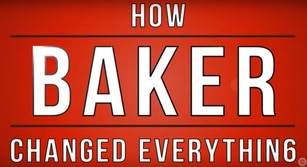 How Baker Mayfield Changed Everything: The Series

In a series that will run over the next two weeks, we will dive into the many ways Baker Mayfield has impacted the Browns.

That was also the night Baker Mayfield made his debut and, yes, his impact was felt not just at FirstEnergy Stadium, but a few blocks away, too. The anticipation for what this season might bring has bar owners and employees thinking big.

One employee at a downtown location called it “uncharted territory.”

“When we were 0-16, 1-15, this place was packed,” said Brendan McGreal of Gillespie’s Map Room on West 9th. “Last year was a whole different animal.”

Serrage said that Barley House’s Sundays can increase by 60 percent for Browns home games, and she sees big things for the coming year.

“I, for sure, see like this thousand percent increase,” she said.

It’s not just the volume that has seen an increase. It’s also how long they stay. Serrage said that more fans stayed longer last year, arrived earlier for road games and, during the season finale in Baltimore specifically, it was “almost as big as the home opener.”

She predicts this season that road game traffic will be up. Fans have normally filled the house, but she anticipates a crowd arriving in time for kickoff as opposed to trickling in during the game.

McGreal noticed how fans spent their time last year, too, but in a different way.

Bakermania isn’t just going to impact Sundays in 2019. Headlined by the combination of Mayfield and receiver Odell Beckham Jr., the Browns have a Sunday night game, a Thursday night game and two Monday night games. Those primetime games will help boost otherwise slow nights for many establishments.

“Anytime we have to put up that chain and make people wait to get in here because this bar up here and the downstairs bar are at capacity, it’s good,” McGreal said.

He anticipates adding more people behind the bar on Monday nights, a night when they would usually have one bartender. He might also have to add someone else in the kitchen.

He remembers the night the Browns acquired Beckham, the bar filling up, chants of “Here we go Brownies” and “Who Let the Dogs Out” playing on the jukebox well into the early morning hours.

“If that’s any indication of what we’re in for, this season, we’re in for a bit of a grind,” he said.

Not that he minds.

“I’ll stay here all night and clean up after these idiots who don’t know the difference between a urinal and a trash can if it means I’ve got a winning team,” he said. “I’ve been suffering all along. I’ll suffer a little more if that’s what it takes.”

Besides, happy Browns fans are very generous with their tips.